Jeff Alt talks about his Appalachian Trail book, A Walk for Sunshine.

USA TODAY: Jeff Alt contributes to article on How to Enjoy Hiking With Your Kids

Jeff Alt contributes to Women’s Health: 10 Ways to Have Your Best Hike Ever 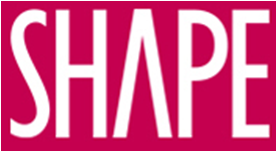 "Jeff Alt, hiking expert, has written what may be the most comprehensive, readable and inspiring book ever focused on getting kids hiking. This will be...invaluable for families — and for outdoor programs and environmental educators as well."

— Richard Louv, author of “Last Child in the Woods: Saving Our Children from Nature-Deficit Disorder” and “The Nature Principle.”

August, 2017, Maumee Mirror feature interview with Jeff Alt about the 20th anniversary of the Sunshine Walk, Run & Roll and his new book.

June, 2017 The Adventures of Bubba Jones: Time Traveling Through Shenandoah National Park is a third place winner in the Outdoor Writers Association of America (OWAA) Excellence in Craft contest; in the Youth Audience Category.

May, 2017 Jeff Alt filmed a TEDx Talk about his Lessons from the Trail.

November, 2016 The Adventures of Bubba Jones books placed as award-winning finalists in the “Best Books” awards by USA Book News in the Children’s education and fiction categories.

April, 2016, Alt contributes to Live Science Hiking with Kids 7 Tips to Getting Outside this Summer.

January, 2016 Jeff Alt contributed to Shape Magazine’s article, “How Cold is to Cold to Run Outdoors.”

“The Adventures of Bubba Jones is “Very highly recommended for school and community libraries for young readers ages 8 to 12,” by Midwest Book Review Children’s Book Watch

July, 2015 USA Today.com posts a story from the Asheville Citizen Times about Alt’s new book,  The Adventures of Bubba Jones.

Get Your Kids Hiking (Beaufort Books), wins the Bronze in the 2014 Living Now Book Awards.

Get Your Kids Hiking (Beaufort Books), wins the Bronze in the Foreword Reviews Book of the Year Awards.

March, 2014 The Daily Times reviews Get Your Kids Hiking &  A Walk for Sunshine

October, 2013 Calgary’s Child Magazine: Hiking with Kids-Fun in the Fall!

September, 2013 WOSU, NPR Columbus: listen to an interview with Jeff Alt on Allsides with Ann Fisher

September, 2013 Tidewater Parent: Hiking with Kids-Fun in the Fall

August, 2013 Asheville Citizen-Times: Learn How to Hike with Kids

August 2013 Davis Enterprise: Hiking is more than a physical path for kids

July, 2013 Toledo Blade: Hiking is More Than a Physical Path

July, 2013 The Globe & Mail: 6 ways to get your kids off the couch and onto hiking trails

July, 2013 Toronto4Kids: Take a Summer Hike with your Kids

July, 2013: The Bulletin: Have fun, get some sun with the whole family

June, 2013 ABC’s “The List” airs Segment on Get Your Kids Hiking

June, 2013 Griffins Guide: How To Get Your Kids Hiking

May 2013  Cincinnati Enquirer: Go Take a Hike with the Family

May, 2013 The Lexington-Herald Leader features Get Your Kids Hiking: Author Advocates Taking Kids-even the little ones-hiking.

May, 2013 Memphis Parent Magazine Get Your Kids Hiking by Jeff Alt is the perfect book if you want to get your kids out on the trail…

May, 2013 Parent Magazine: Get Your Kids Hiking Book Review

In May, 2013, Jeff Alt’s new book, Get Your Kids Hiking: How to Start Them Young and Keep it Fun, was released.

Listen to a radio interview with Jeff Alt on Real Parenting CFAX Radio about hiking with kids.

, 2012: Jeff Alt’s family hiking tips featured in Scholastic’s Parent and Child magazine: Outdoor Excercise Idea: Family Hikes Now that your kids are back in the classroom, hiking is a great way to burn off energy on weekends.

May 14, 2013: A Walk for Sunshine, Alt’s Appalachian Trail book, In the US News & World Report: Caring for a Sibling With Special Needs.

July, 2012: A Walk for Sunshine featured in the Toledo Blade: Jeff Alt Walks the Walk.

July, 2012: Watch a news segment on NBC Toledo as Jeff Alt shares A Walk for Sunshine.

June 5th, 2012: A Walk for Sunshine was released as an audio book on CD. Copies available from your favorite retailers Amazon.com or BN.com.

A Walk for Sunshine’s audio edition receives a glowing review from AudioFile Magazine.

The Alt’s interview on WVLT Knoxville

Alt shares his Walk for Sunshine Appalachian Trail adventures full of edge-of-your-seat tales involving bears, bugs, blisters, skunk bedmates, mice, and hilarious food cravings, all for a noble cause. Alt has inspired thousands to get off the couch and accomplish their own big goals. The new edition of A Walk For Sunshine won the Gold in the Book of the Year Awards. The annual Walk-With-Sunshine, inspired from Alt’s 2,160-mile Appalachian Trail journey, has raised over $500,000 for the home where Alt’s brother with cerebral palsy lives.

There are numerous books on hiking the Appalachian Trail, but Alt tells the story best.
-Carey Kish, Maine Outdoor Journal

Sectionhiker.com says “A Walk for Sunshine [is] one of the best and easiest-to-read Appalachian Trail Memoirs available.”

Alt is a member of the Outdoor Writers Association of America (OWAA). His adventures have been featured on ESPN, Hallmark Channel, the AP, CNN-Radio, Good Day USA, NPR and more. Alt’s books have been reviewed in Library Journal, Chicago Sun Times and other leading review sources. Alt’s books combined have received eight book awards. In addition to walking the 2,160-mile Appalachian Trail, he also walked the 218-mile John Muir Trail with his wife and trekked across a 50-mile path of Ireland with his wife, young daughter, and extended family. His son was taken on his first hike at 8 weeks of age. Alt and his wife have made it their mission to share all the greatness of the outdoors with their children.

Alt was a guest on Hallmark Channel’s New Morning where he shared his approach to going after the biggest of goals.

An excerpt from A Walk For Sunshine’s Life Lesson Epilogue was published in Guide Post’s Positive Thinking Magazine Five things I learned from thru-hiking the Appalachian Trail that make life bigger and better.

Alt provides expert outdoor hiking, camping, and adventure tips for the entire family; including children, regarding gear, training, animal encounters, planning/logistics, and more. Alt’s expert tips and advice have been featured on ESPN’s Inside America’s National Parks, in the Boston Globe, Get Out Magazine, National Geographic Adventure, Fox News, and more.

"Alt covered every inch of the AT, and this book [A Walk for Sunshine] is a wonderful way for readers to travel vicariously along with him…laced with humorous anecdotes…Alt's story will amaze and inspire you.."

"Books let armchair travelers journey through the world. ..Life's learning experiences continue to grow for Jeff Alt, author of A Walk for Sunshine. His book about his Georgia-to-Maine journey on the Appalachian Trail"

"One of the most entertaining guests we have had on the air. Our listeners were riveted to the radio."

"Jeff's 'can do' spirit is an inspiration to everyone who has a dream of making a difference."

"...Alt's conversational writing style makes one feel like a participant rather than an observer..."

"One of the best interviews we have had on the air."